The QX56 is a full-size luxury SUV, further renamed to the QX80 in 2013. Sales and reception have been very good, with the new QX80 outselling other Infinity SUV's. The only trim level available for the QX56 up to 2014 is the base model, including all features and accessories.

The QX56 engine was one of two 5.6L V8 engines, either the VK56DE or VK56VD. Transmission styles were either a 5 or 7-speed automatic. The body style remained the classic 5-door SUV throughout the years. 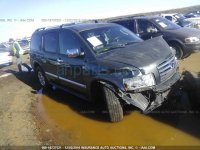 Here's a sample of some Infiniti QX56 parts we currently stock:

Please Scroll down and make a selection.
<!--- begin footer ---!>
Join our email list and get weekly updates of new arrivals!

© 2005-2019 AH Parts Inc - Buy auto parts - The words Honda & Acura, Lexus, Toyota, and the emblems associated therewith are used solely to identify make and/or model of an automobile. AH Parts Dismantlers is in no way affiliated or related with Honda, Toyota or its dealers.